Pellenc leaves the champions blown away 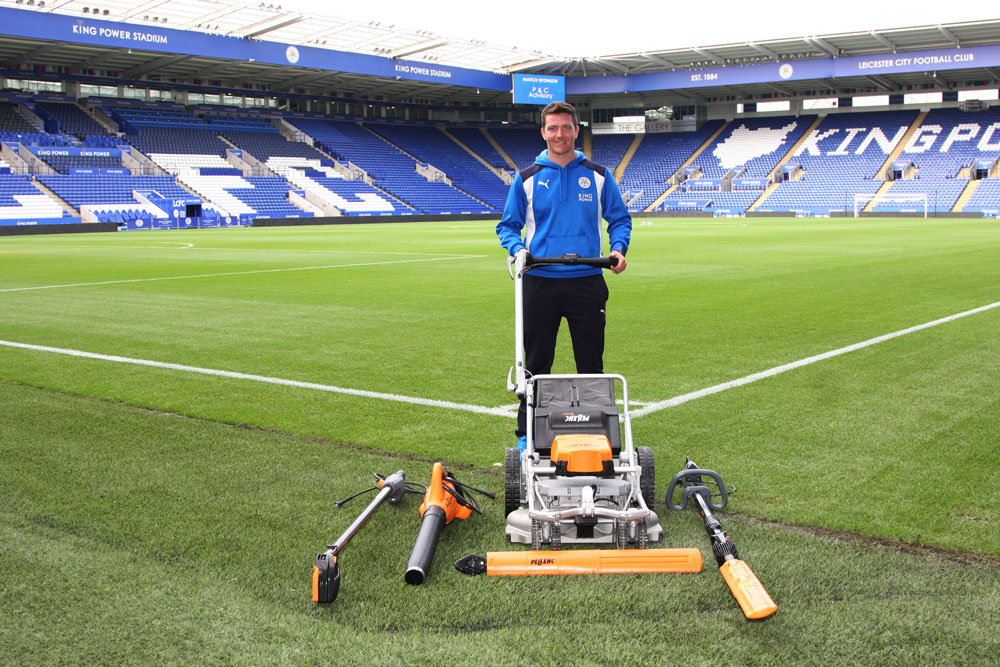 From a team that spent the majority of the 2014/15 season close to the bottom of the table and among the favourites for relegation for the 2015/16 season, a combination of hard work and talent saw them transform into Premier League champions. In doing so, Leicester City FC captured the imaginations of football fans around the world with one of the most unlikely sporting triumphs ever seen.

Arguably, the key ingredient in that success was team-spirit and that applied to everyone at the club – from the manager and players through to the employees who do a magnificent job on a daily basis behind the scenes. It is safe to say that Leicester City FC is a tightly-knit family, so when the opportunity arose to provide a healthier and safety working environment for his grounds staff – John wasn’t about to dismiss it.

“As a manager it is imperative that I consider health and safety as well as the comfortable use of machinery for my staff. For example, heavy vibrating tools can bring about White Finger (an industrial injury triggered by continuous use of vibrating hand-held machinery). Then of course if you’ve got a hand held product with the engine at the base – they are quite heavy and cumbersome and they take their toll on your arms. Then there are the petrol fumes to consider. 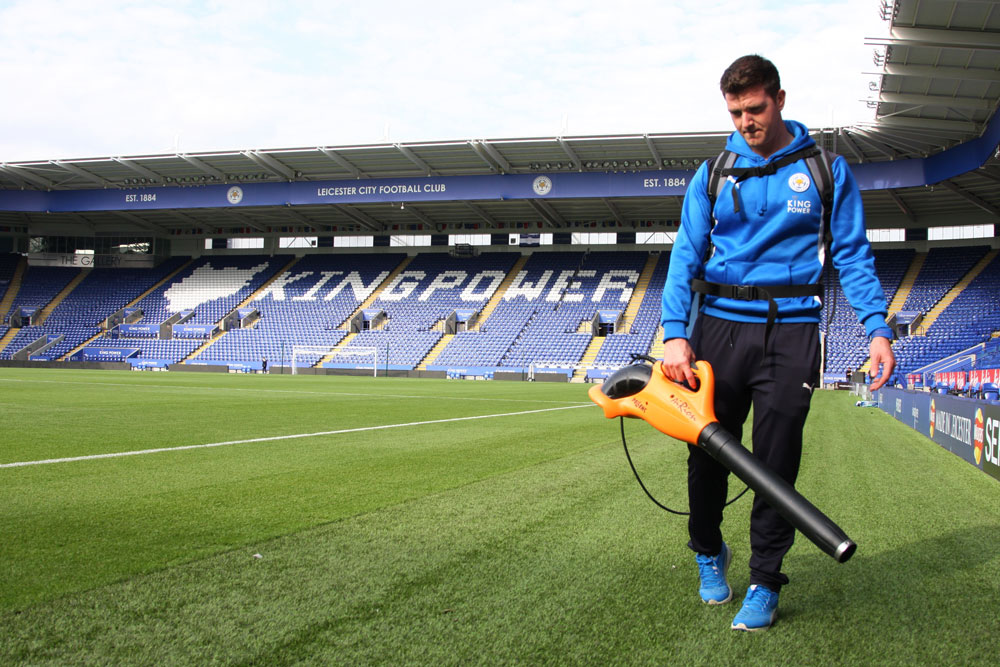 “The Pellenc equipment had been recommended to me on a few occasions so I felt that I needed to see them in action. To be honest, I was a little sceptical because I wasn’t sure if you would get enough power out of battery products compared to a petrol engine. However, a full demonstration ensued and every one of us tried every product. We were all blown away and were exceptionally impressed with just how powerful they were. By our own admission I think we were a little ignorant as to just how far advanced battery powered products had become.”

With more than 100 experts including engineers and technicians specialised in research, computer modelling, prototyping, electronics, electrical engineering and mechanics, Pellenc works tirelessly to create the most innovative battery powered products which contribute to reducing the consumption of fossil fuels while increasing your productivity and cost effectiveness.

John went onto purchase a range of Pellenc equipment, including an Airion blower, a Helion hedge cutter, a Selion M12 chainsaw, a Selion polesaw and the Rasion Smart rotary mower – which are all used at the King Power Stadium and its surrounding areas as well as at the club’s training ground.

“We have been over the moon with all of the products but the one we use the most is the Airion blower. Not only do we use it for clearing leaves and debris but we also use it to ‘blow off’ our machinery. Everything that goes into our store has to be clean and dry so that we haven’t got any water sitting on any of the products. For that reason we use the Airion blower on the highest setting, which knocks all the water out of the bearings or joints.

“The engineering behind the Rasion mower is simply fantastic. The way it adjusts itself, the different speed settings, and the way it moves the deck up and down simply knocked our socks off – it was almost like someone landing a spaceship. Outside the stadium we have a nature reserve which is cut down to 70mm and a memorial garden which is cut to 25mm – to be able to press just two buttons to drop the deck according to the height of cut you require is fantastic.”

The products are all powered by Pellenc’s ultra-lithium batteries which feature carrying harnesses to effectively and evenly distribute the weight of the battery. This multi-purpose battery can be used to operate any tool from Pellenc’s electric handheld range and they have been designed to last for up to a full day’s work.

“I’m really impressed with the battery life and how you can get a full day’s work out of one charge. The versatility of simply plugging in a number of products to one battery is also extremely beneficial. Then of course there are the savings – your battery is in effect your fuel costs and electric is considerably cheaper than fuel. I think that just with the mower, we forecasted that we will save around £4,500 over the course of a few years.

“For me, ultimately it’s always about the end product. Is it as powerful as a petrol engine? Yes. Does it do as good a job? Yes. If all that falls into place as well as having the added bonus of being environmentally friendly and being better for my staff to use – then it makes complete sense. I think more and more people are gaining confidence in battery powered equipment and they are right to do so.”

For further information, please contact Etesia UK on 01295 680120 or visit www.etesia.co.uk where you can also find more information on Pellenc which is sold exclusively in the UK by Etesia UK.